The Early Access Pass not only gives you access to Breach, but gives you a 30 day boost to level your characters quickly and generate more gold, and an additional 2000 QC points (a $20 value) to unlock new classes and costumes!

Breach is a third person action RPG that pits four Mages against one Veil Demon and an entire dungeon filled with monsters, all of which can be controlled by AI or other players. Currently in paid Early Access, Breach is being built to be free-to-play, where free access to classes rotates and there are no options for paying to win. After three years of internal development, QC Games is excited to bring their vision for an open class system, where skills can be moved between classes freely, into the best parts of dungeon crawling via short, asymmetrical multiplayer matches.

With many classes already in place and an ambitious roadmap of content ahead, development on Breach is moving full speed ahead and we need valuable community feedback in order to build an amazing game.

Your Character, Your Style: Create your own character from dozens of classes, endlessly customize them, and switch to any at any time. Play how you want, master it, and always discover new ways to play.

A New Kind of Enemy: Every session is different with a new kind of enemy character, the Veil Demon. The malevolent spirit will conjure traps, elite monsters, and numerous other powers from beyond the Veil to challenge players in new and different ways on every mission. Players have the option to compete as the elusive Veil Demon themselves, with six classes exclusive to the demon.

Endless Class Possibilities: Choose from 18 different classes in the game, all hailing from six different schools of magic. Wield a mixture of magic and technology with style as a Gunslinger; juggle your enemies with high impact aerial combat as a Gladiator; raise the dead and command them to overwhelm your enemies as a Necromancer.

Mythological Creatures Abound: Fight against mythological creatures from all parts of the world. The game currently features monsters from Japanese, Egyptian, and Eastern European mythology, with many more regions to be added with future content.

Backstory: Seventy thousand years ago, humanity was on the verge of extinction until a group of Immortals created the Veil, splitting Earth into two realities: one that has the Earth we know, and an alternate Earth where all that we have come to know as mythology thrives. Now the Veil has been shattered and the two worlds are collapsing into each other with catastrophic consequences. You and your friends are among the rare few who can wield magic and defend humanity against this cataclysm. 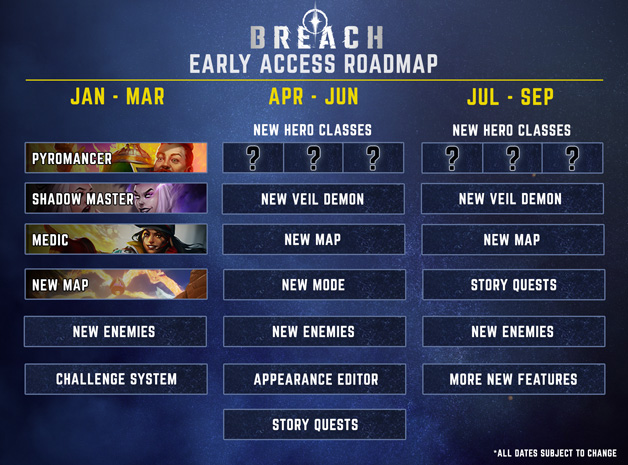